This is a tribute to Earl “The Goat” Manigault, one of the greatest basketball players never to make it. While “goat” can stand for “greatest of all time”, Manigault's career was cut short by drug abuse and incarceration.

I was able to locate a total of 13 seconds of film material of Manigault playing ball. This material is reenacted in slow motion, over the course of around 10 minutes, accompanied by an audio track cut together from current news reports and interviews. 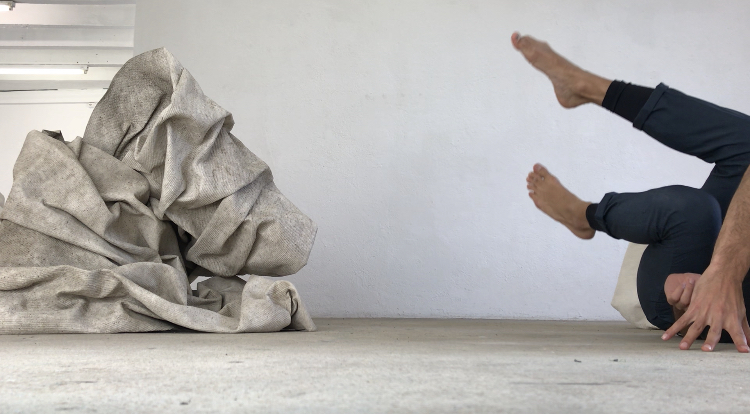 "...you become very aware that every movement is to prevent you from falling...that very small falls are constantly being forestalled by slight pulls or stretches in the body." (Steve Paxton)

The work is that of remembering, processes of memory on display, as if remembering the forgotten could somehow make us whole again. All the leaps dared and the falls taken, the landings hard and soft, the dreams where the landings are missing entirely, just falls, until finding again back to gravity.

Set of two improvisations performed for the exhibition WELCOME by Sarah Burger.

For , I was interested in choreographically exposing moments of pure physicality. It was a new process for me at the time. I often create for myself a framing or set of constraints to improvise within. Here, each movement is instead precisely arranged in time and space. The movements themselves are taken from iconic photographs of competitive sports: track, basketball, baseball, soccer, or boxing.

In contrast to the speed with which the material is originally performed, here it is reenacted excruciatingly slow. This gives me time, on the one hand, to connect to a memory, a practice of embodiment. On the other hand, the slowness allows me to intervene as an image begins to establish itself and to change the course of events. The body is in a constant state of transition and the state of competition deconstructed to reveal an ambiguity inherent in any body. Determination and exhaustion, but a tilt of the neck away from each other, victory and defeat just a handbreadth apart, coexisting in the same body.

Created and shown for the exhibition A kick in the teeth by Remy Erismann and Julia Hoentzsch.

"Porous structure" is, in a way, a contradiction in terms. When speaking of porosity, the focus is not on the material itself but rather on the negative space, the emptiness between things. Emptiness. Vacuum. Silence. Non-happening. These are not usually things we choose to work with, or even notice, for that matter.

The "studies" are an attempt at making a placement without a corresponding perturbation. They intentionally avoid attention. It is a collection of actions, each designed such that taken individually, they would hardly be noticed. We work with the unmarked in public space.

It is a subversive practice. In this day and age when specularity permeates the everyday and “social space is completely saturated with the culture of the image” (Fredrick Jameson), what might be strategies of resistance? Withdrawal is impossible. We can’t run, but perhaps if we simply wait and watch, we will see that there is more room than we originally believed.

The shell I was in for treatise on nomadology 1 now stands empty, in a room of its own, at an exhibition. My place has been taken by air, a small ventilator periodically firing up to inflate the shell and then turning off again to let it slowly crumble. As it deflates, there is a soft rustling. It trembles ever so slightly. One feels very strongly the presence of something that has been alive. Like finding the skin of a snake previously shed, and finding that it is still warm.

In Treatise on nomadology 2, the membrane serves no function beyond the compartmentalization of space. The work is about the empty breath, the act of breathing in and of itself, the movement of air across a membrane. There is no transformation happening. There are no biological processes. There is only the sterile regularity of the breathing and a memory of something that has happened that I think one intuitively senses. The sweat that has been left inside. The inability to breathe. 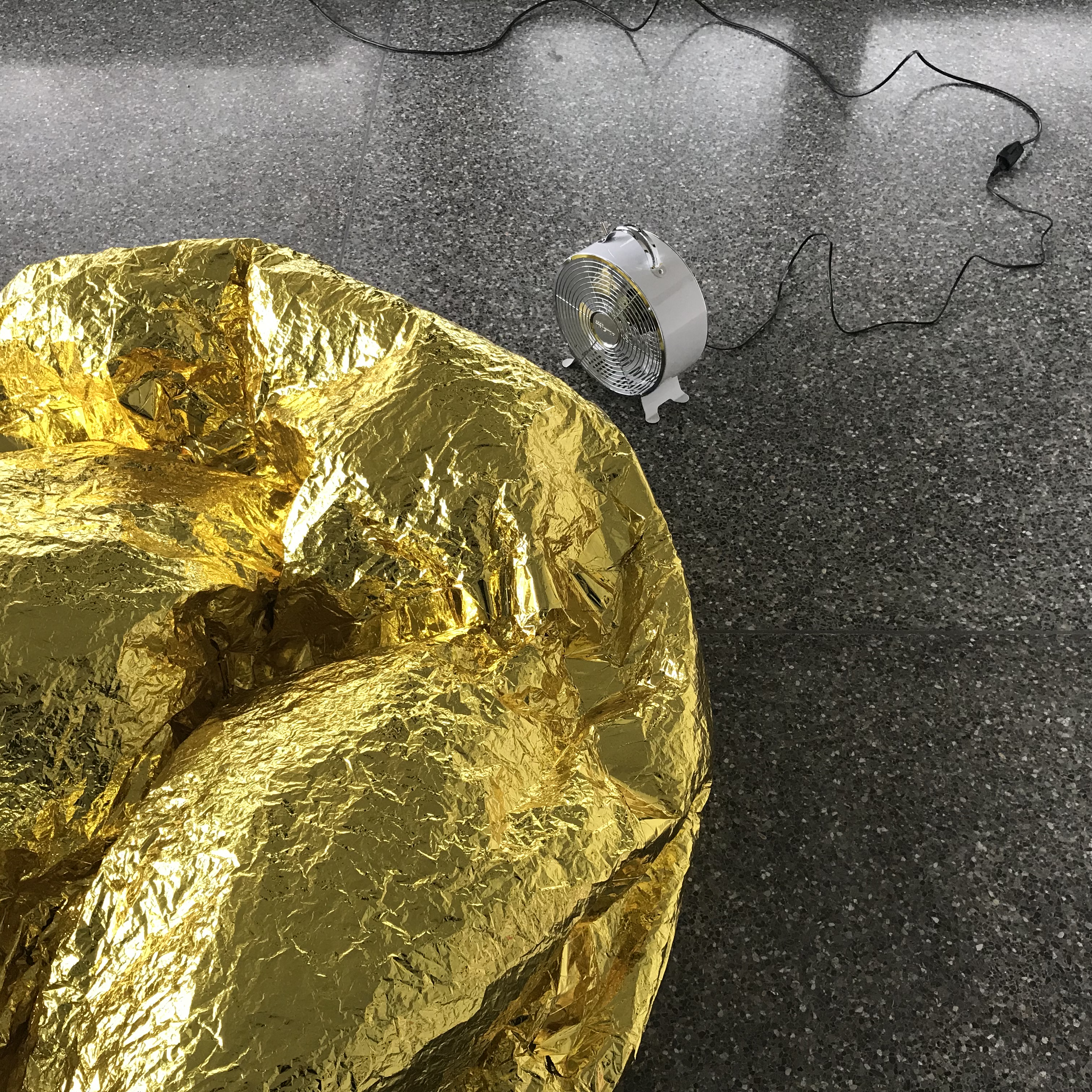 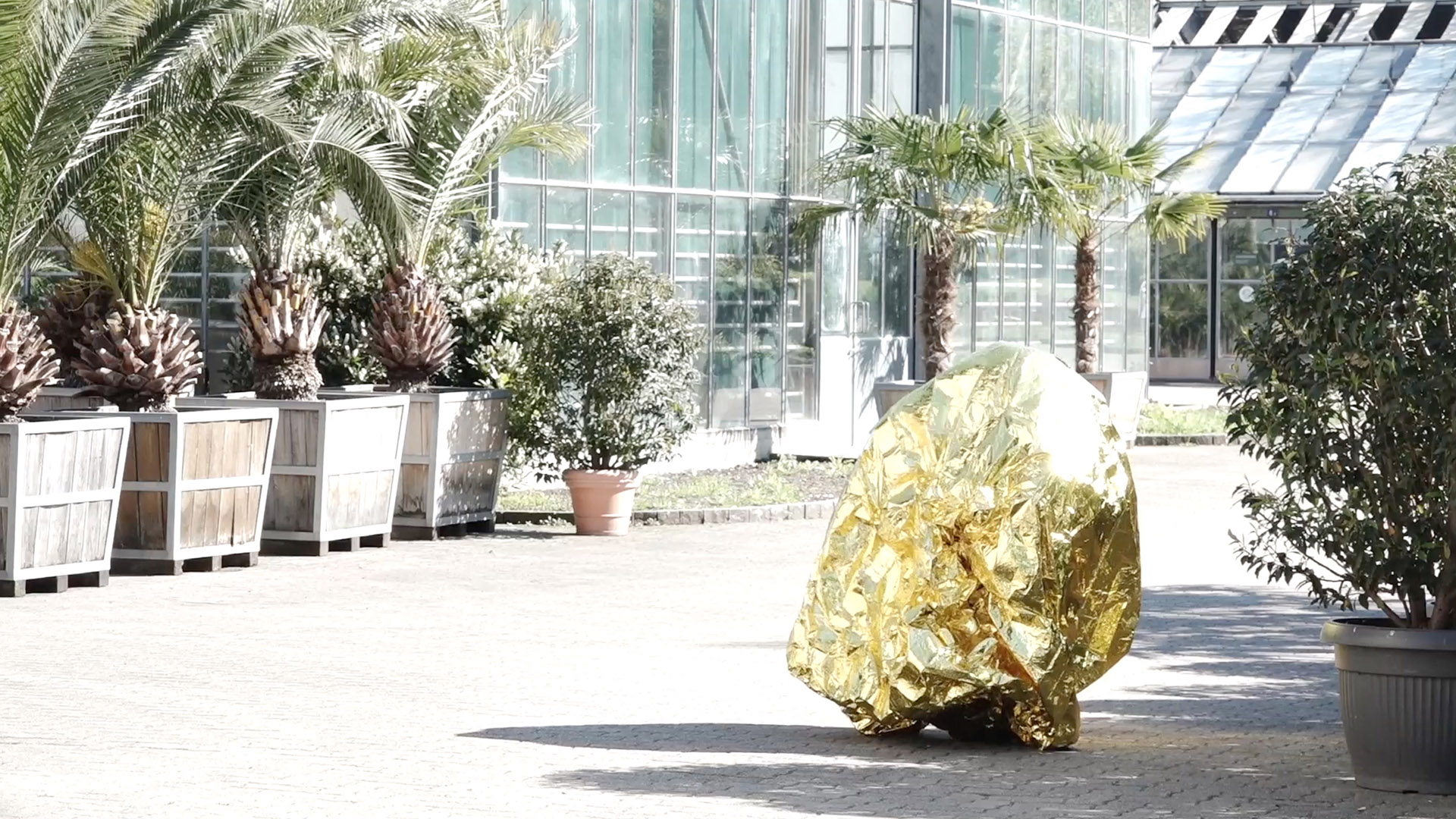 What kind of object is it? Is it human? Is it alive? Organic? Is it a body? The ambiguity lies not just in the fact that the body loses its contours, there is a more fundamental question asked about materiality and the will of things, their agency. The object at rest has a strict formality to it. Does the object in motion then come alive? An ode to Jane Bennett. 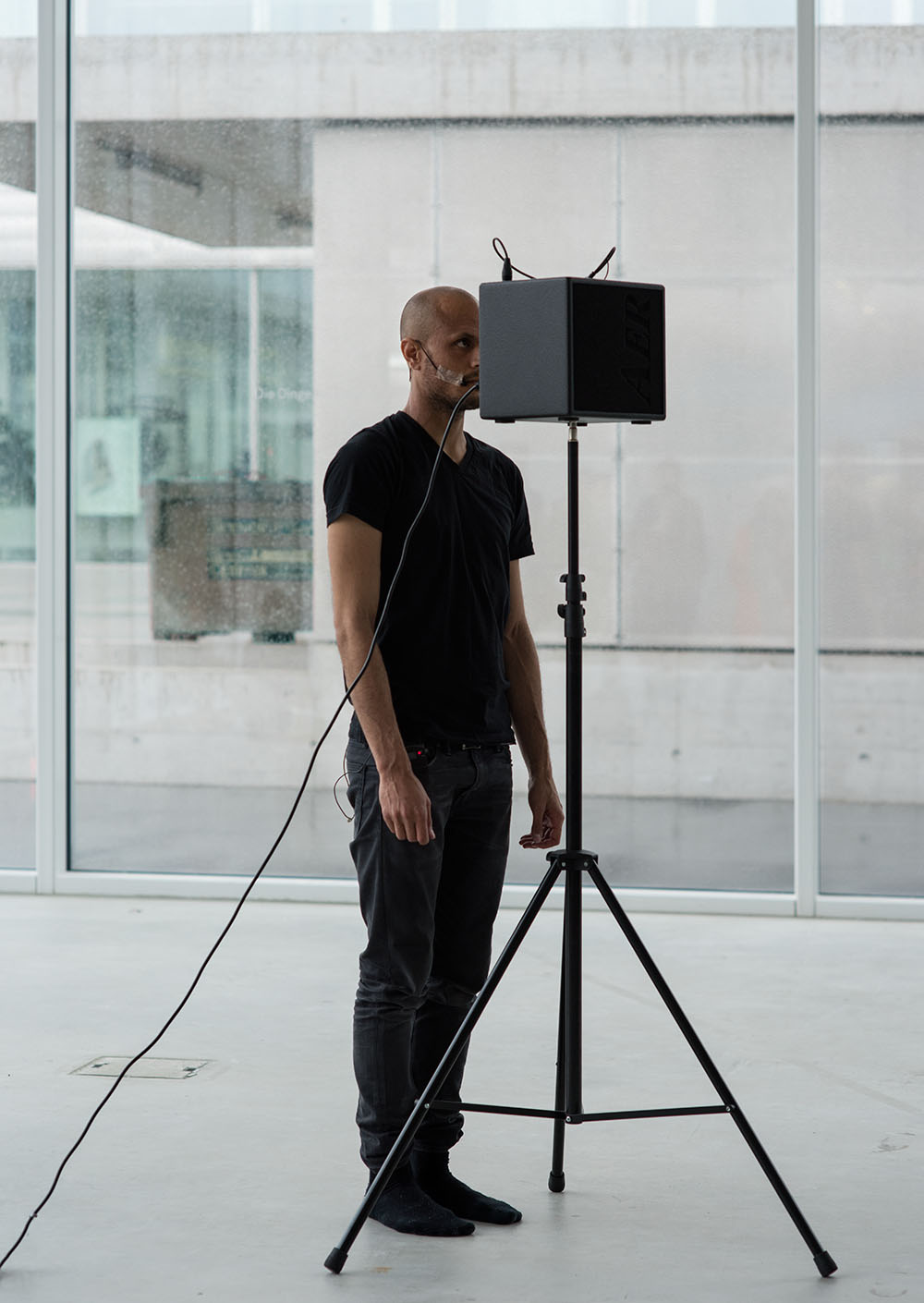 Breath is one of those rhythms that form the subconscious backdrop to our existence, that fine line between death and transcendence. in/out aims to perturb that rhythm. Breath is isolated from the moving body: spatially through use of a wireless mic and speaker to make the breath heard in a location other than where it is produced, and temporally by physically holding back the breath of a specific movement, only to recite it later.

in/out uses a reduced movement language and works with the separation of breath and movement. It draws attention to what is missing and thus exposes something that is normally hidden inside, intimate. In the end of the performance, even the performer himself is missing, leaving the audience alone with a breathing loudspeaker and their imaginations, free to conjure images of movement based on the disembodied breath they hear. 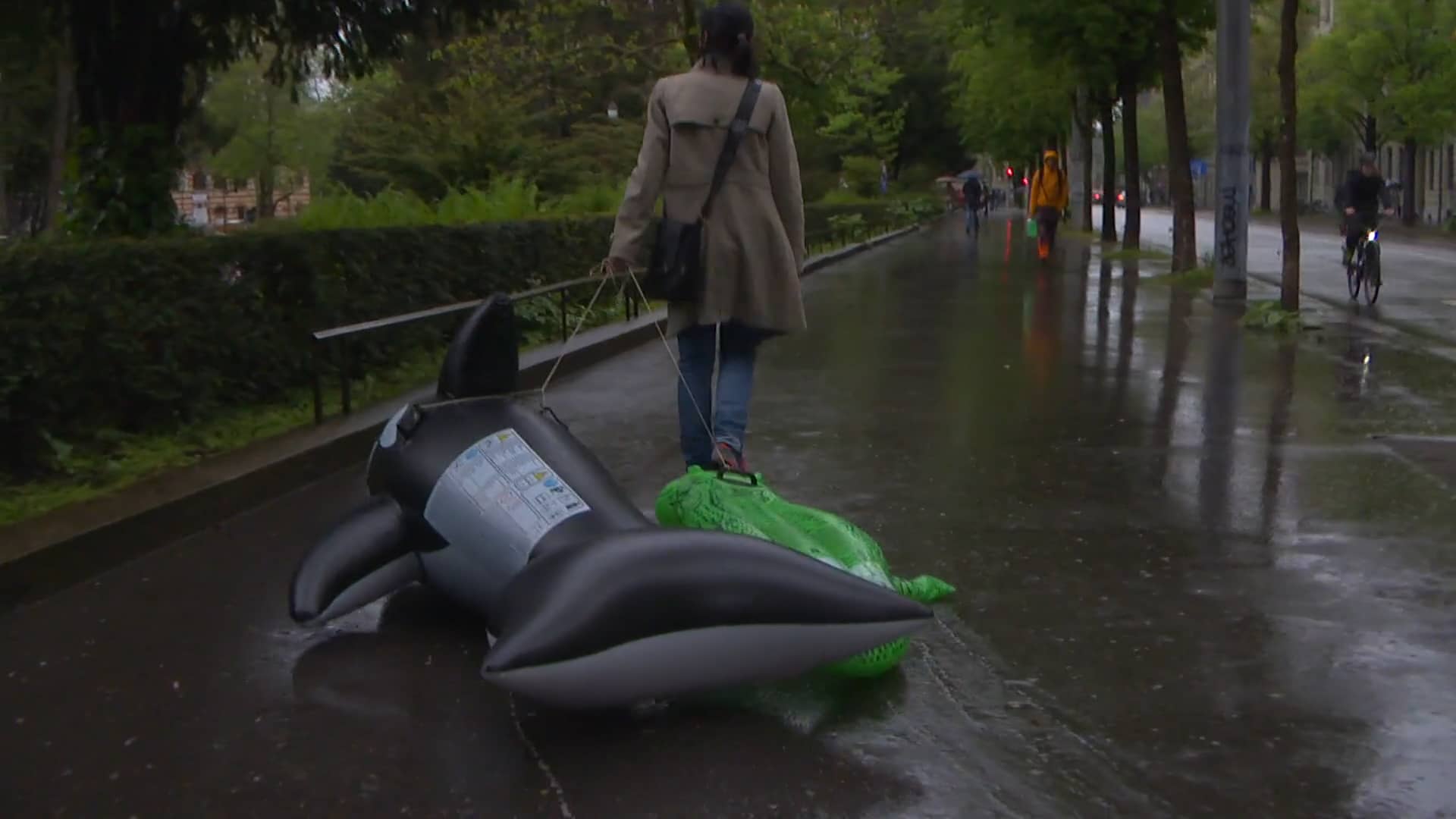 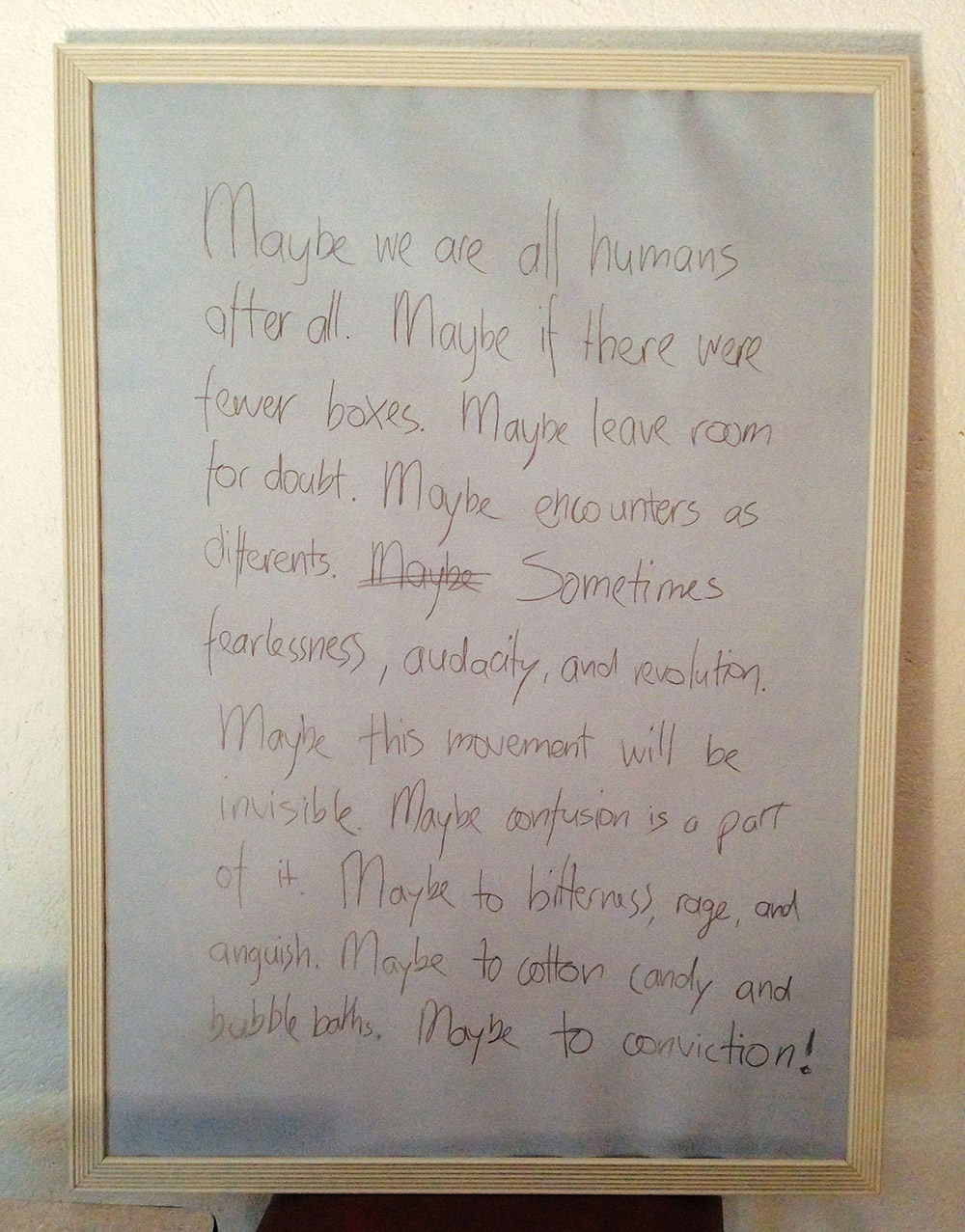 maybe we are all humans after all.
maybe if there were fewer boxes.
maybe leave room for doubt.
maybe encounters as differents.
sometimes fearlessness, audacity, and revolution.
maybe this movement will be invisible.
maybe confusion is a part of it.
maybe to rage, bitterness, and anguish!
maybe to cotton candy and bubble baths!
maybe to conviction!

They stand still, gazing in the distance, holding the wash towels at hip level.

They perform one of the following actions, in a succession, individually or in unison: 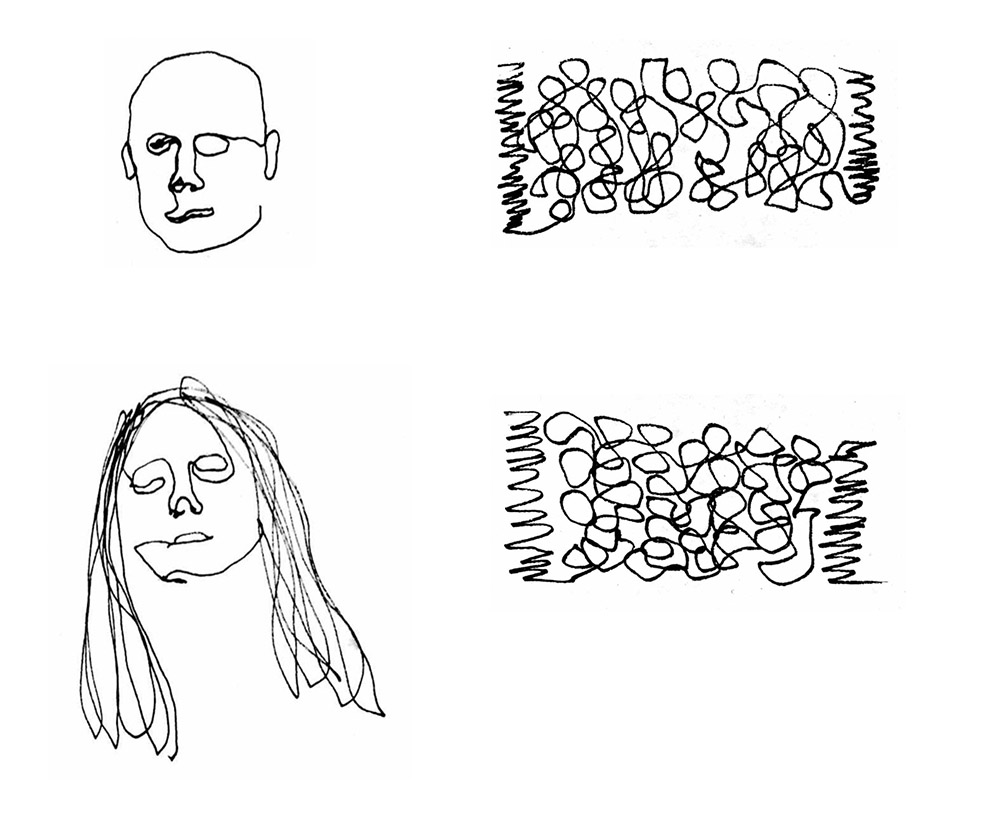 5 times 72 microperformances. film frame rate of two seconds. playback in a loop on vine.co. 24 frames per second. blink and you'll miss it.

We are the product of a billion year old evolutionary process, an unbroken lineage going back to the first single celled organisms. Each gene in our cells has been picked up somewhere along this journey, a tiny adaptation to our environment, maybe just a product of chance. Where is, now, the memory of this process? Where is the ape in us, the lizard, the amoeba? 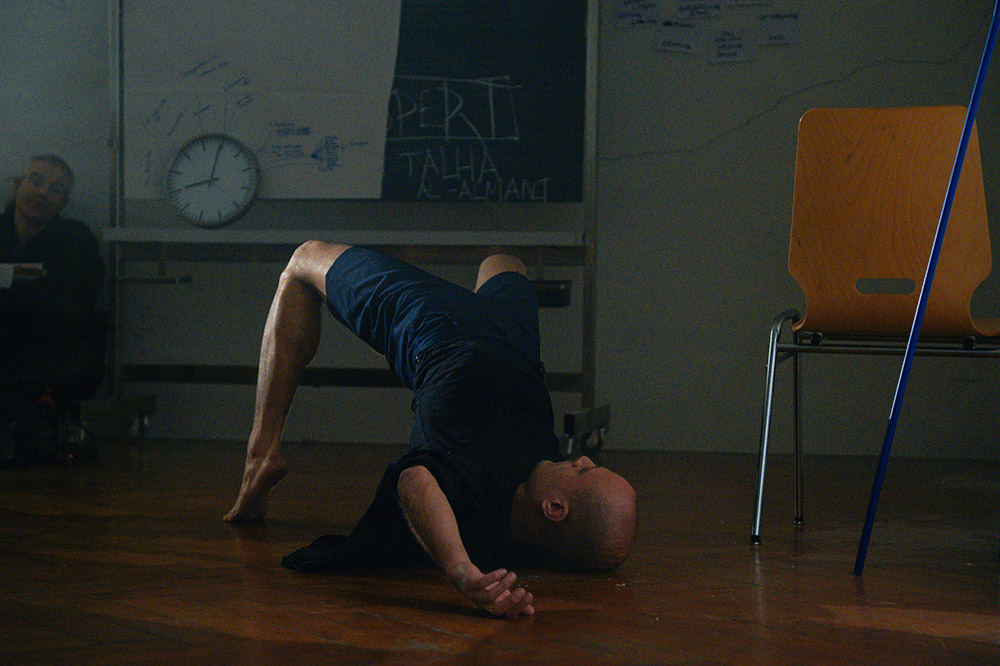 Empty yourself of everything. The ten thousand things rise and fall while the Self watches their return. They grow and flourish and then return to the source. (Lao Tzu)

sōma started as an exploration of the senses, especially sensory deprivation. Often one choreographs from the outside, a visual, intellectual affair. I wanted to know what it’s like choreographing from the inside. We have all these senses, our proprioception; what can we do with them?

I worked in stillness. Blind. Deaf. In the water, without gravity. What developed was a study of the spine and spinal movements. There’s something archaic about this place of the body. This isn’t a piece. It’s a ritualised gesture, a little window through which one can glimpse traces of another world. 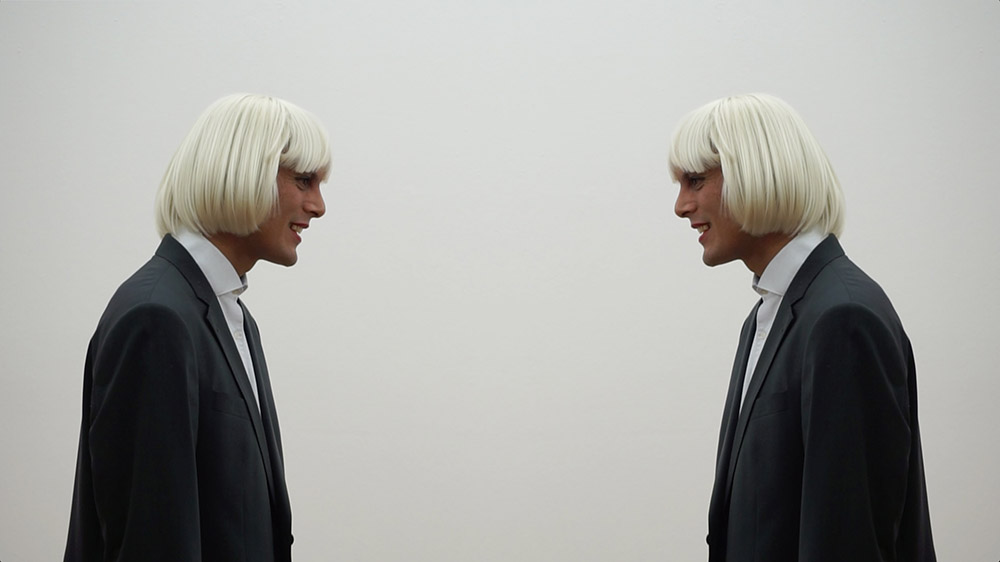 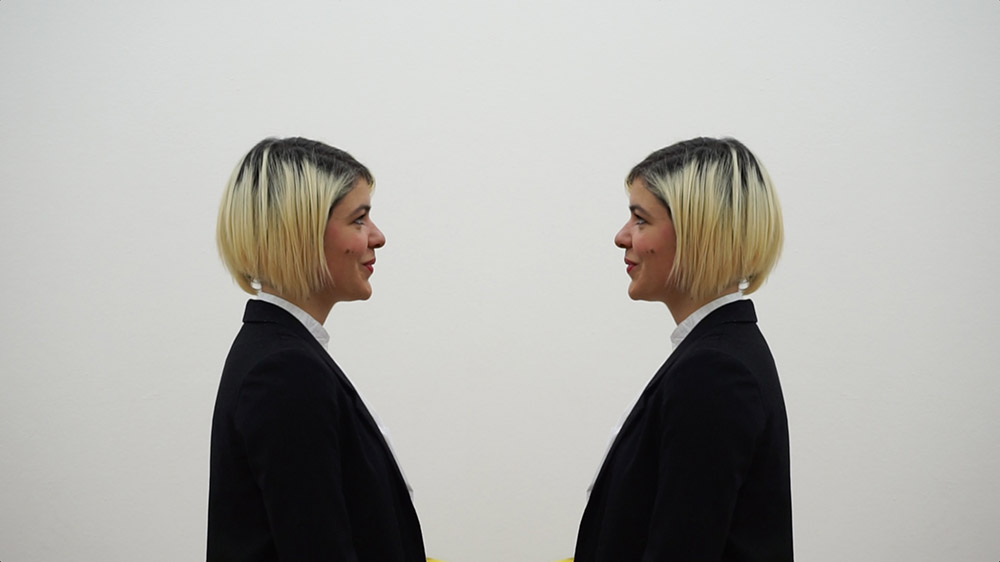 Non-presence can be more vital than presence. A minimal, selective movement language, set against an abstract, Cunningham-esque choreography, helps find moments of a highly animalistic nature. Almost invisible, black against black, a creature moves just beyond the light. Crass music is juxtaposed with delicate body movements. Confronting the ice bear, we find a political statement about what it means to be human. 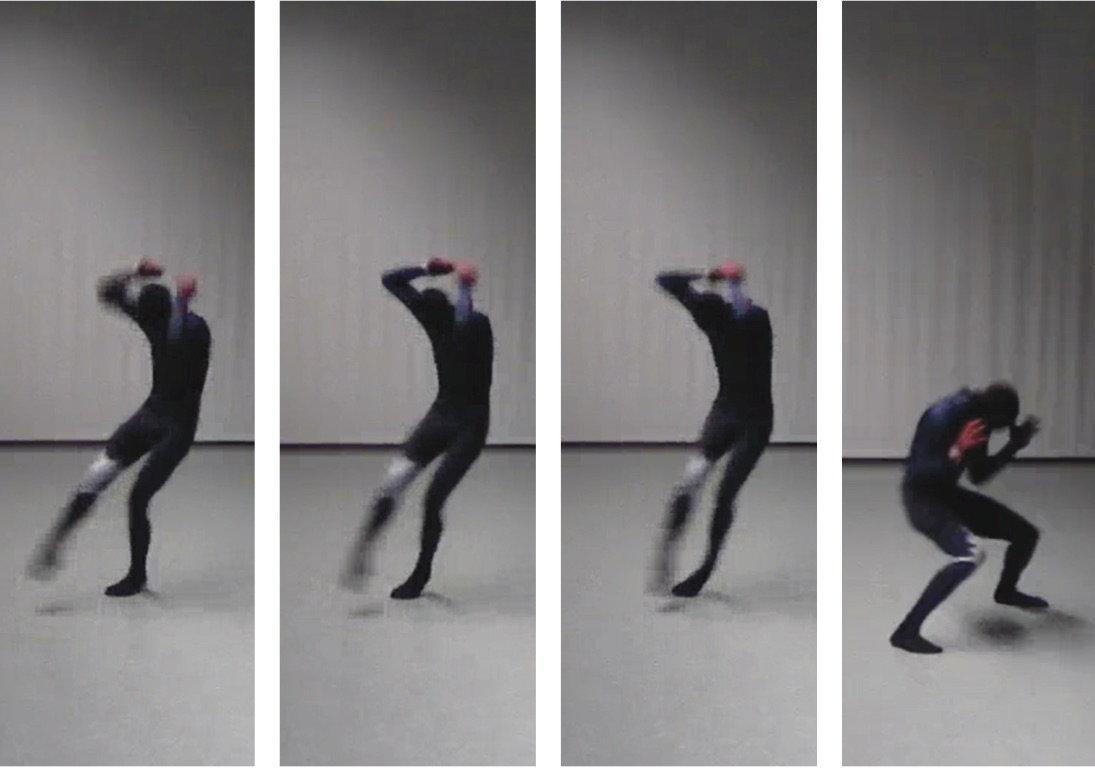 Contrary to the three body problem, the two body problem in classical mechanics has a general analytical solution and is thus solvable. If you add a rigid connection between the two points, however, the dynamics of the system change completely to become something wild and unpredictable, chaotic and strongly sensitive to initial conditions, a double pendulum.

It is the coupling of the two bodies that leads to these rich dynamics, the connection between the points that is important. Every movement is a direct consequence of the initial conditions and the simple physical rules that govern the system, yet something new and interesting happens every time. Twobodyproblem looks at pattern and applies polyrhythmic structure to choreography, attempting to create movement material that is interesting as a result of the rules and not because of decisions each individual dancer makes in the course of a performance 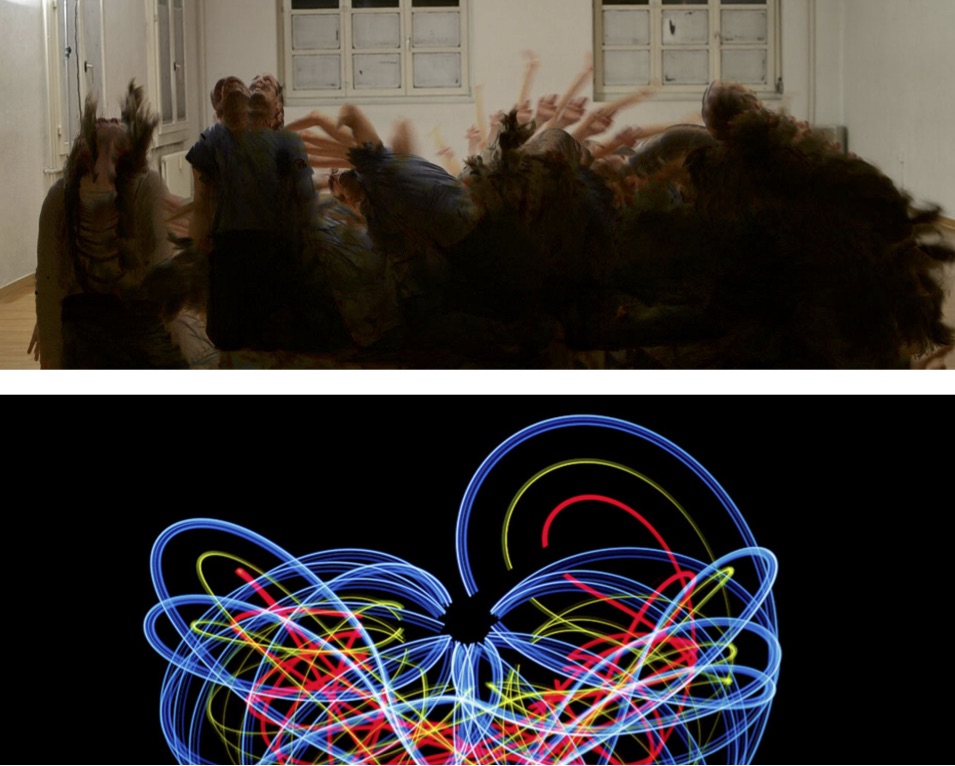 Ground floor, number 7. A room of 3 by 4 meters, constrained because it contains everything one needs to live: kitchen, clothes, food, books, bed, bathroom, fridge, a table and a few chairs, pots and pans, all situated directly on a loud street. Even the live video-feed itself feels constrained, played on a tiny little studio monitor barely 6” across. But inside it is bigger.

Starting from this space, a virtual Google street view car is sent out on a random journey, sending back images as it goes. It meanders across the globe freely, as it pleases, deciding at each junction where to go next. The little studio monitor becomes my very own place where the sun always shines, the place I go to in my head, a social commentary on reality and the internet. 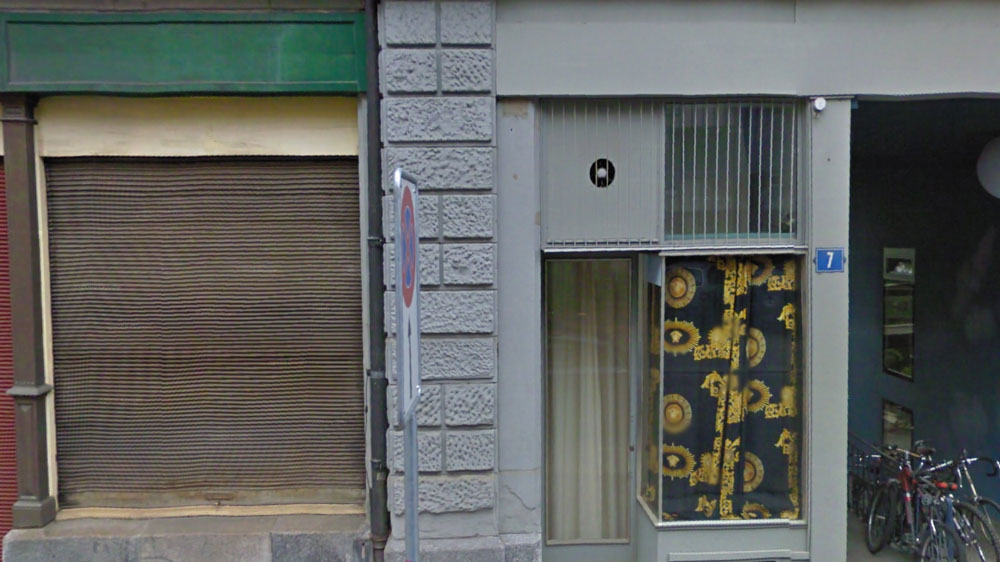 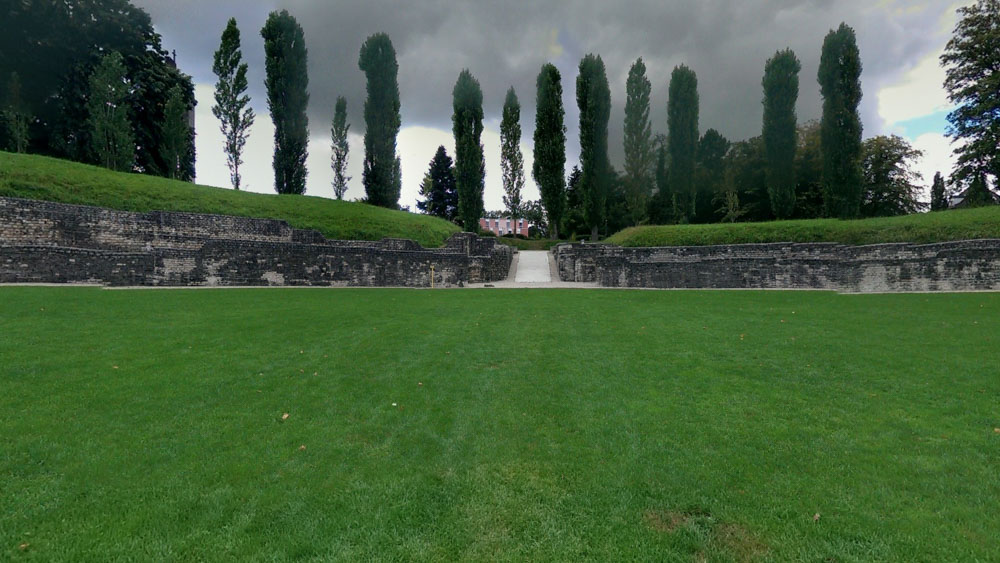 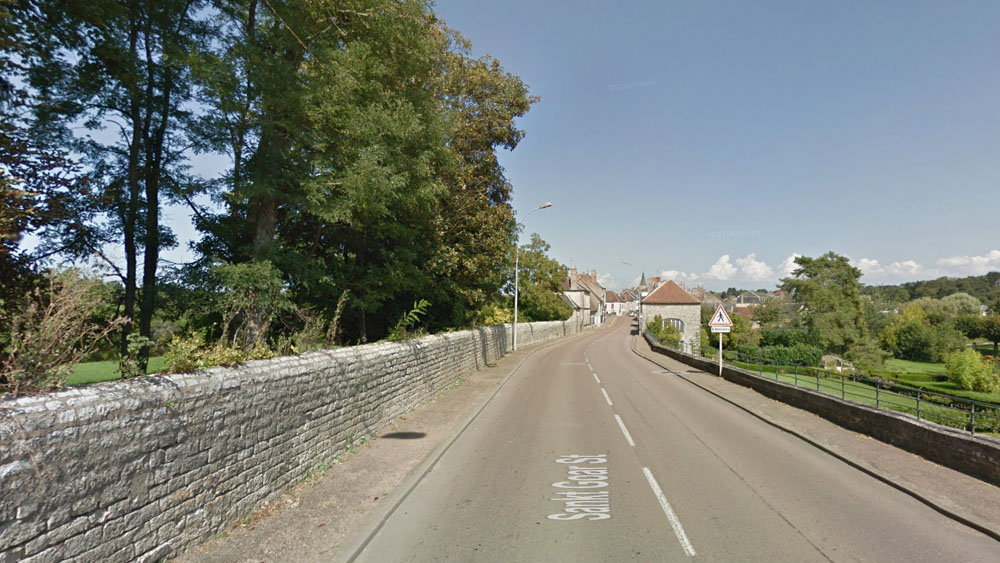 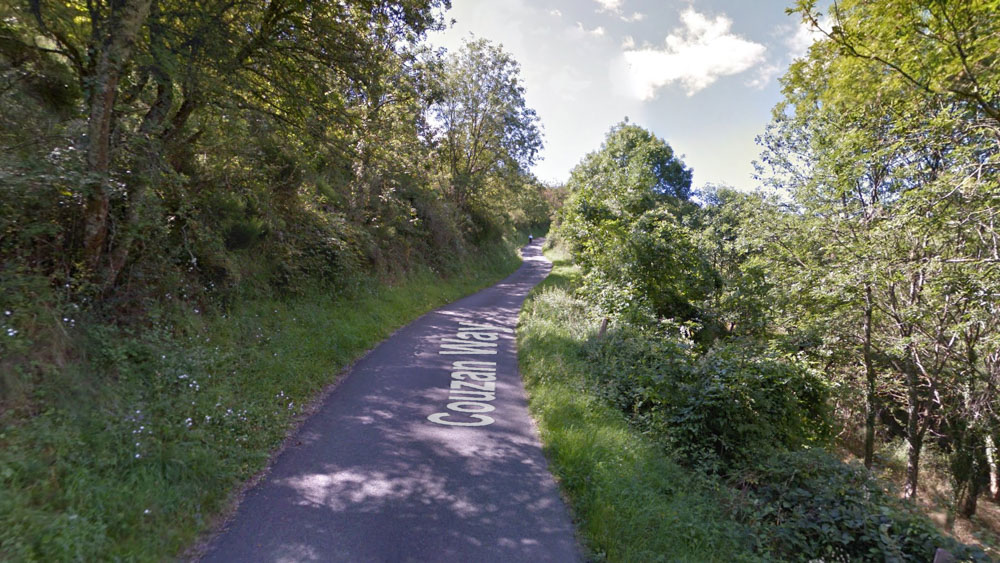 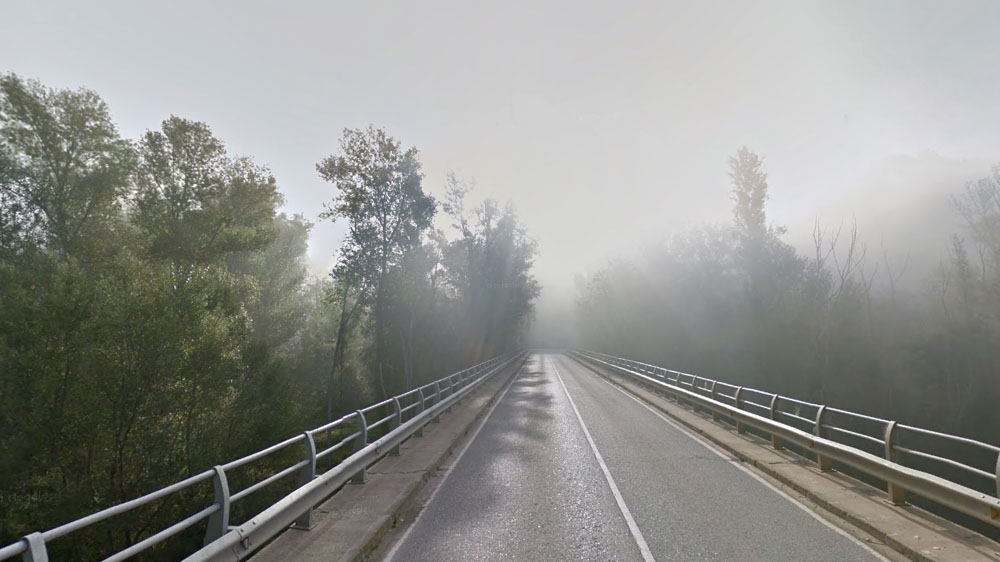 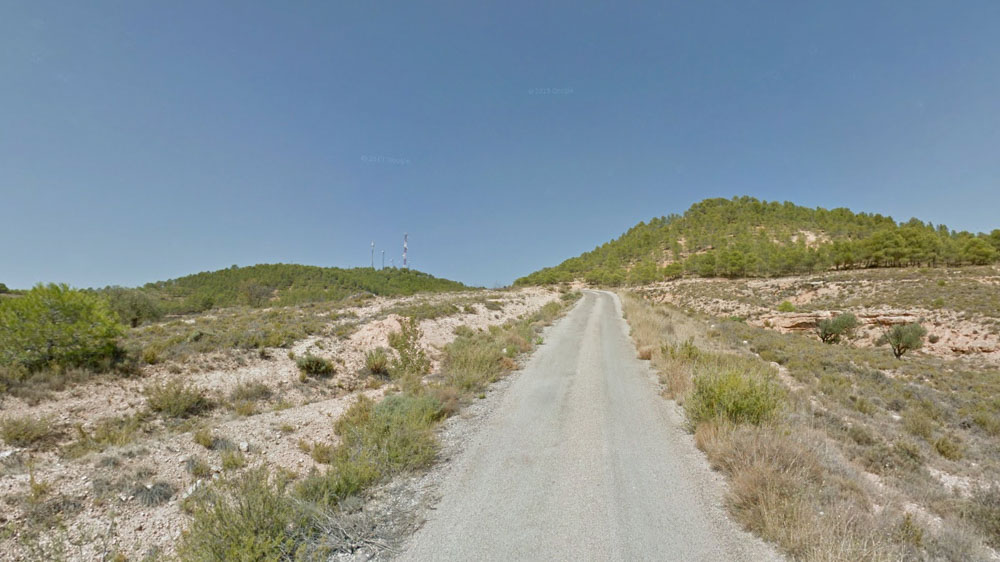 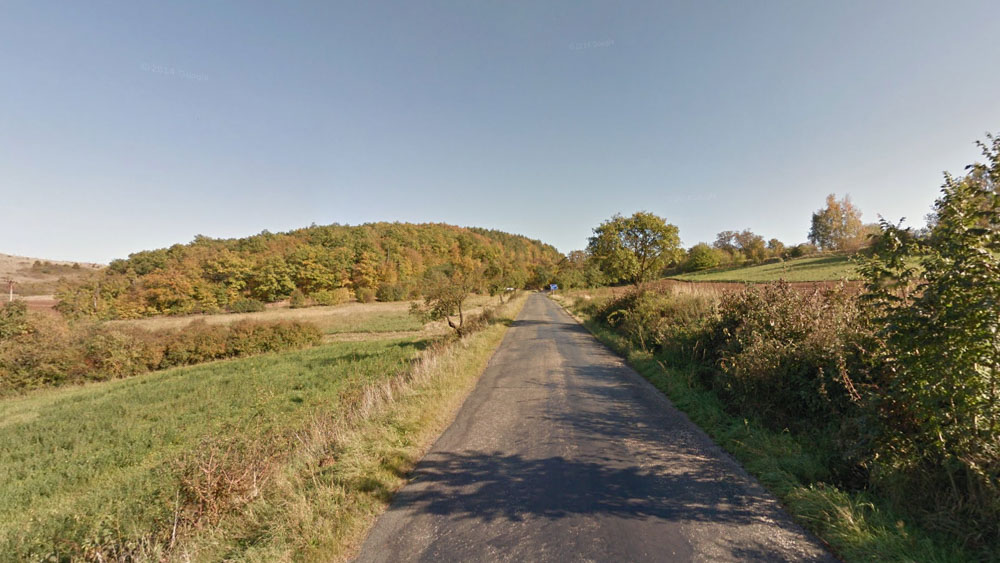 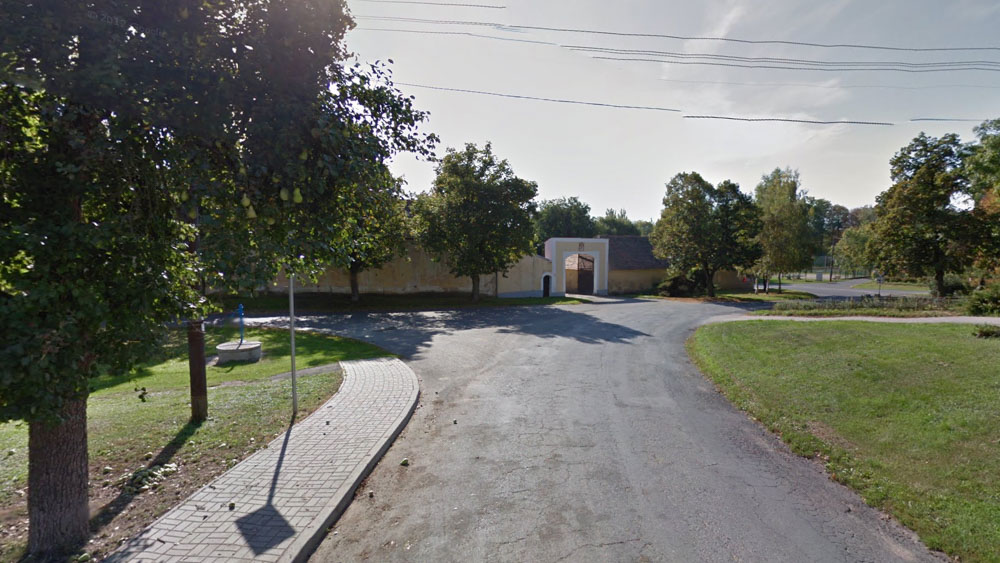 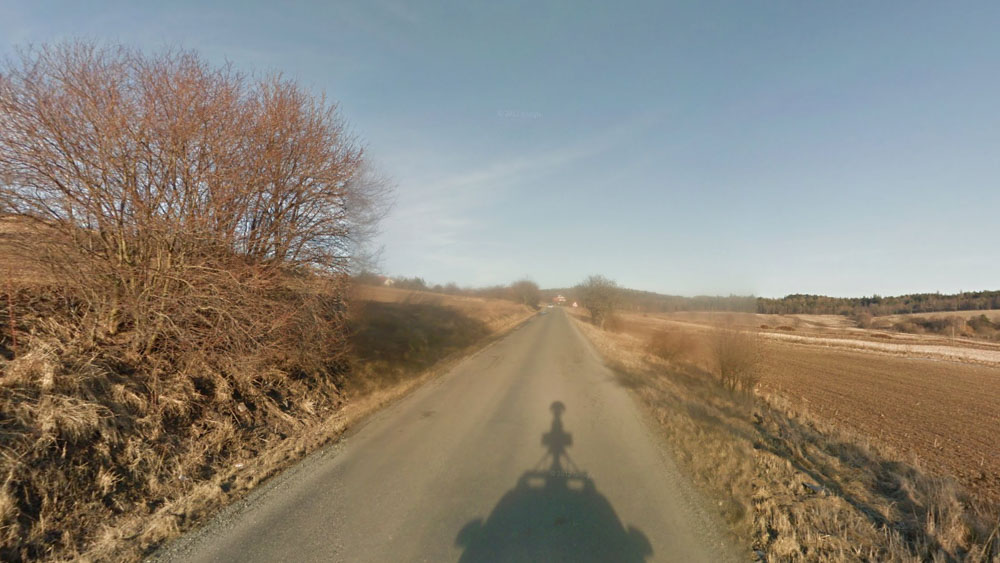 The work is one of embodiment, of acting from the core and not with the mind. We find that performance begins with listening, interaction begins with being alone, and the key to understanding the city lies in nature. 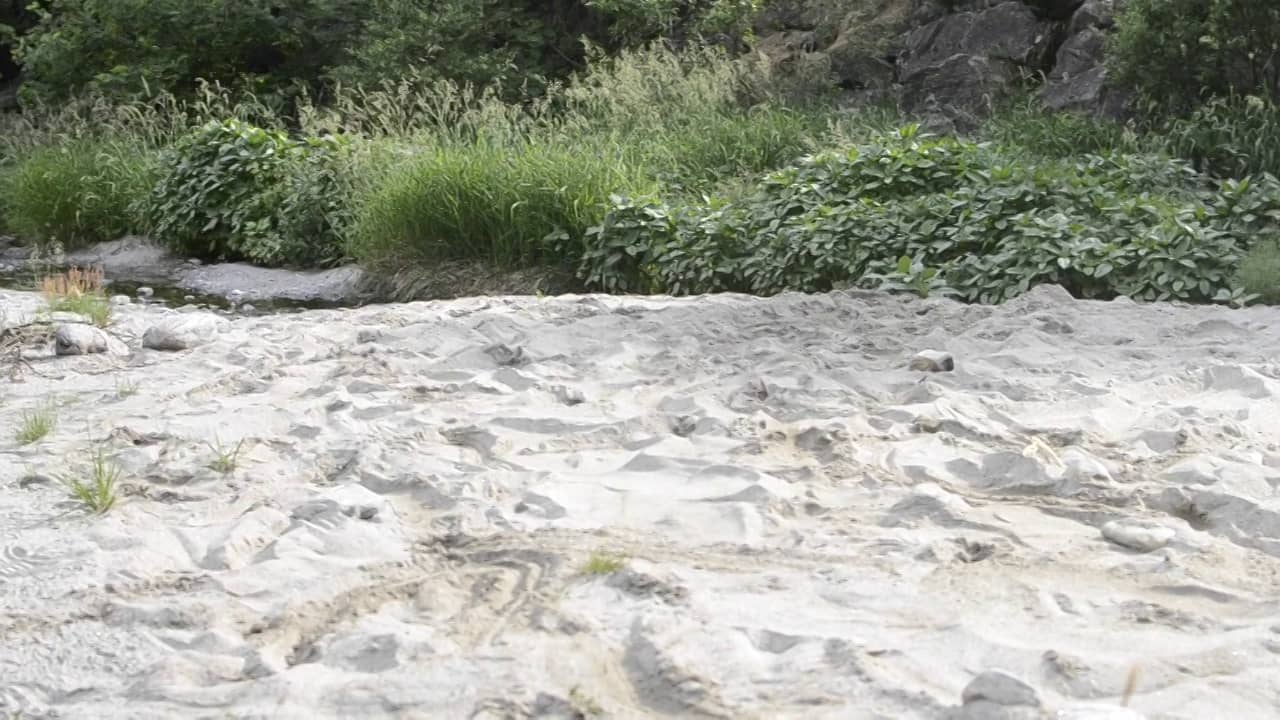 Hakékat is an 8' self-composed solo presented in Winterthur for tanz_unplugged. It deals with the space between dream and awakening and the memories of worlds long gone that find me there. It is a search for roots and how the past and the present intermingle. I worked with movements and hand forms from traditional javanese saman to give form to a world I don't conciously remember. 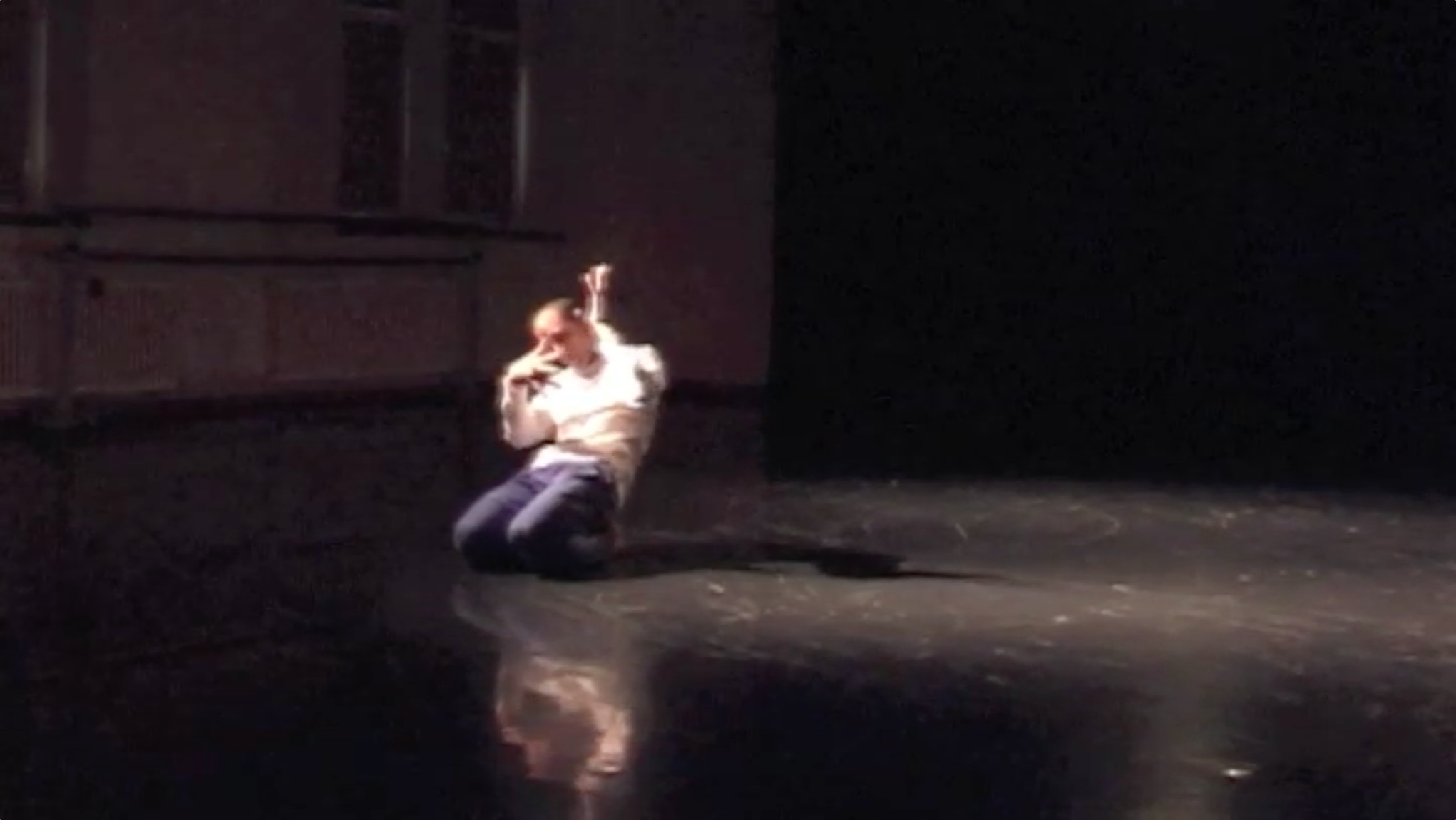 «The Mermaid» is an audio-visual performance based on the story by H.C. Anderson, exploring the relationship between voice and identity. Many in the audience are deaf and can relate to the isolation the mermaid feels as she is unable to communicate with her beloved prince. However, whereas the mermaid in the story is unable to deal with her disability and ultimately meets a tragic end, the deaf in the audience are well integrated by means of an interpreter who translates both the story and the music into sign language. 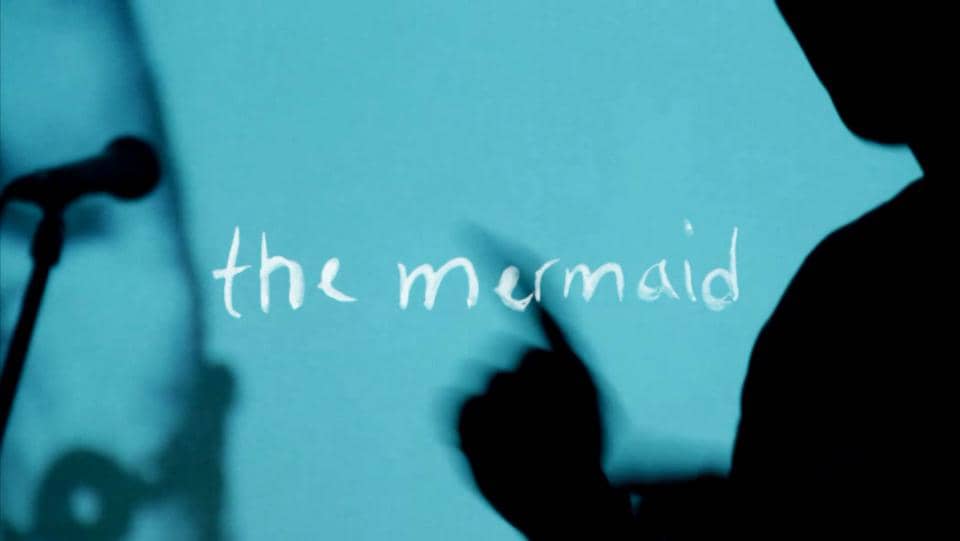 Grossraumpanik is an interactive installation, a virtual aquarium. Using the agent-based software Interactive Swarm Space and motion tracking programmed in Jitter, a swarm of little creatures is projected onto a flat surface. They scurry through the space in every changing patterns, leaving a trail of light behind them, sometimes flocking together and other times repelling each other. Through gestures on the surface, the creatures come to life in the physical world. They are attracted and come to inspect your hand or are scared away by unexpected movements.

Rivers and lakes teem with microscopic life-forms we are unaware of. Grossraumpanik makes these visible in a playful way and enables interaction. It is a play between fiction and reality that brings digital codes to life. 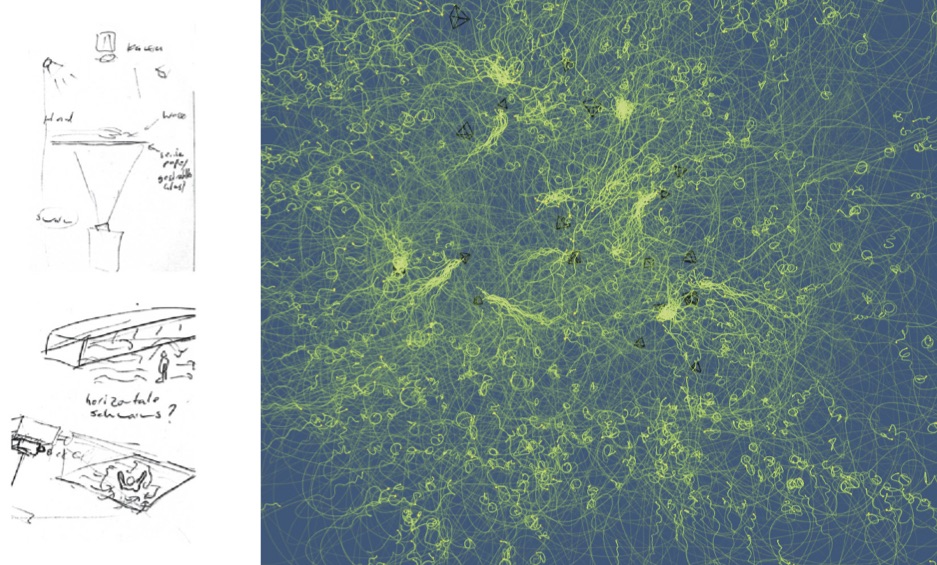